Peggy Cutts grew up in Bolsover although her mother came from Chesterfield.  Her great grandfather had a shop where the ‘doughnut’ roundabout now stands.  Peggy went into service at the age of 14, and was a firefighter during the Second World War.  She now lives in sheltered housing provided by a trust.  The housing she lives in was built when local almshouses were demolished.  Her history can be heard here. 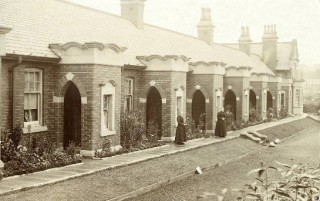 The almshouses were the Eventide Homes on Infirmary Road, Chesterfield (Picture courtesy of Derbyshire County Council and www.picturethepast.org.uk), 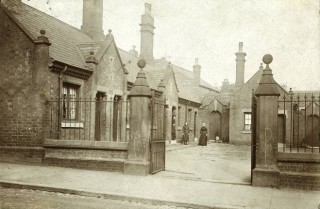 The almshouses on Saltergate built in 1875 from a trust provided by the wills of Thomas Large, George Taylor and Sarah Rose. There were 11 houses, administered by the Chesterfield Municipal Trustees for ‘poor persons of good character’.   (Picture courtesy of Seaman, Photographer and www.picturethepast.org.uk) 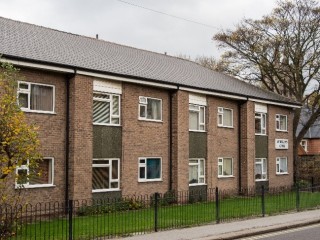